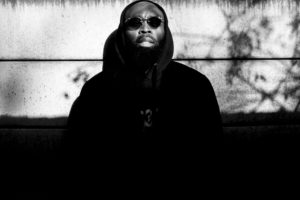 “My stimulus transpired from a personal need to musically create and channel away from the conventions and sometimes predictiveness that plays a prominent role in mainstream music today.

The expression of music and its art is an integral part of my day to day therapy and balance.

ORCASTRATUM is an angled extension of my souls age old quest to inspire myself and others without borders”.

The ORCASTRATUM ethos encourages a rotation of personnel after every album however the debut album features some of the world’s most revered artists and in demand musicians: Ralph Salmins- Drummer, Percussionist, Neville Malcolm- Acoustic Bassist, Eric Appapoulay- Electric and Acoustic Guitarist.

Eric Bibb Quote: “As a fellow kindred musical spirit and long-time collaborator in the studio and on stage, Glen Scott is my soul brother Number One! ORCASTRATUM is a timeless sonic snapshot of Glen’s soulful vision and I’m honored to be in the picture”.

Spirit of the Skog