Video teaser for new album (out May 18th) 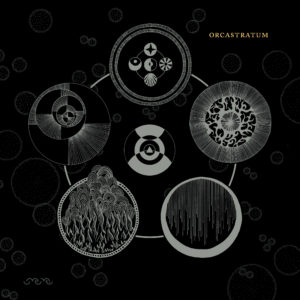 ORCA- taken from the term “Orcinus” described by the “father of modern taxonomy” Carl Linnaeus in 1758 to describe the sophisticated, mysterious, intelligent Killer Whale.
STRATUM– a group into which members of a population are categorised.

“My stimulus transpired from a personal need to musically create and channel away from the conventions and sometimes predictiveness that plays a prominent role in mainstream music today.
The expression of music and its art is an integral part of my day to day therapy and balance.
ORCASTRATUM is an angled extension of my souls age old quest to inspire myself and others without borders”.

The ORCASTRATUM ethos encourages a rotation of personnel after every album however the debut album features some of the world’s most revered artists and in demand musicians:

Eric Bibb Quote: “As a fellow kindred musical spirit and long-time collaborator in the studio and on stage, Glen Scott is my soul brother Number One!
Orcastratum is a timeless sonic snapshot of Glen’s soulful vision and I’m honored to be in the picture”

Neville Malcolm- Acoustic Bassist: is one of the UK’s most renown and noted bassist. His feel, sensitivity coupled with his technical abilities and wide knowledge of music brings a wealth of experience and calm to any musical situation and he is affectionately known as the “budda of the bass” “level” Neville. His credits included: Roy Ayers, Eric Bibb, Dee Dee Bridgewater, Jocelyn Brown, Incognito, Tom Jones, The London Metropole Orchestra, China Moses, Ed Motta, Gregory Porter, Avery Sunshine, Jose James, Joss Stone and US3 to name a few.

Eric Appapoulay- Electric and Acoustic Guitarist: Is a highly skilled British singer, songwriter, composer, arranger, programmer, multi-instrumentalist guitarist. He has been the guitar player for Neneh Cherry, the musical director for Daniel Bedingfield, the bassist for both Plan B and Nitin Sawhney, and the performing artist on the debut album Faith is Trust. Appapoulay is also currently the guitarist with Yusuf Islam formerly known as Cat Stevens.

Spirit of the Skog